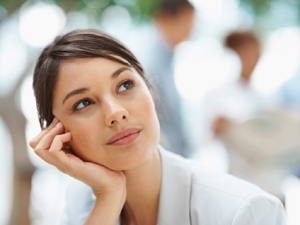 We’re probably programmed to need evidence before we’ll believe something. That’s the “benefit” of a Western education.

For many things, especially where we have some influence over the outcome, we may be more likely to discover the evidence if we have the belief.

So maybe belief sometimes comes before evidence. Maybe you’ll see it when you believe it.

What’s your first thought about the day when you get up in the morning? Are you succeeding or failing?

If belief comes before evidence, your choice could be kind of important.