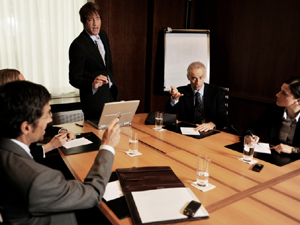 Sometimes it’s striking just how disorganised a group of people, supposedly working together, can be.

How do they do that?

It’s actually quite hard to be highly disorganised and randomly chaotic without settling into some kind of pattern, even with several people involved.

The group will be organised around some principle or other: Clearly not one of acting effectively though. It might instead be a principle of constantly vying for control, or resisting any attempts at leadership by others, or, above all, communicating a shared sense of disgruntlement.

Sometimes it’s quite insightful to study, for a short while, an example of the opposite of what you are looking for or hoping to achieve.

It can point in a reverse way to what you do need to do to get the result you want in another context.