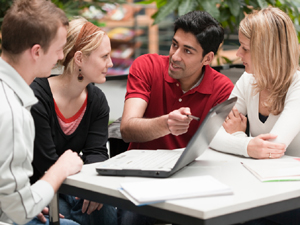 It was an informal meeting in a hotel bar with 4 or 5 people present. I’d been asked to say a bit about this myself. This from someone I’d met only a few hours previously. Nothing very unusual about that. What was unusual was the way my short potted history was interrupted by comments, not to say criticism, from the other party. Let’s say my patience was tested, and eventually found slightly wanting.

How do you handle such situations?

Eventually, the other person’s turn to tell their story came, after we’d picked up the pieces, and it might have been tempting to return with interest the earlier challenging.

Instead, I managed to listen intently without interjection (I was tired, which helped), wondering all the while if the contrast was apparent.

Does deep listening encourage a speaker to go on and on, or do they “get” that they are being honoured with attention and soon it will be time to return the favour.

In other words, does modelling “deep listening”—an apparently passive activity—encourage the same behaviour in others, whom one might rather imagine would just take advantage of the opportunity to talk all the more?

I find it does. People realise they are called to a higher standard of dialogue.

How do you get someone to listen?